In theory, a PhD is simple – research a topic, come up with some original ideas, and write about it. Easy, right? Nope… Academic work-wise, we all know that a PhD is never so simple. It’s not a straight line that you follow with no bumps in the road, it’s a winding path, a rollercoaster of ups and downs. And that’s just the PhD itself – what about outside the office?

PhDs put a personal strain on everyone who does them. There are highs and lows, just like every other stage of life. But there’s also a huge financial strain, and for me, the road of funding my PhD has been every bit as much of a rollercoaster as PhD life itself has been.

When I started, I had been able to get a small grant from my department which would cover my tuition fees, but apart from that, I was on my own – I had to find all of the money I would need for my living costs which, in St Andrews, are not cheap to say the least. I was lucky in that I already had a job, doing part time marketing for my Dad’s environmental consultancy business, but that wasn’t going to cover even my rent, which was upwards of £750 a month. And although my rent included meals during the week as I was living in a catered hall, I still needed to cover the cost of food on the weekends; toiletries; study materials; phone bills; all of those things that you don’t really think about the cost of until it all starts to add up. And there’s always things that creep up on you, some unexpected cost that comes up and blows your carefully planned budget to pieces (is it just me or does this only happen when you don’t have any cash to spare?!). 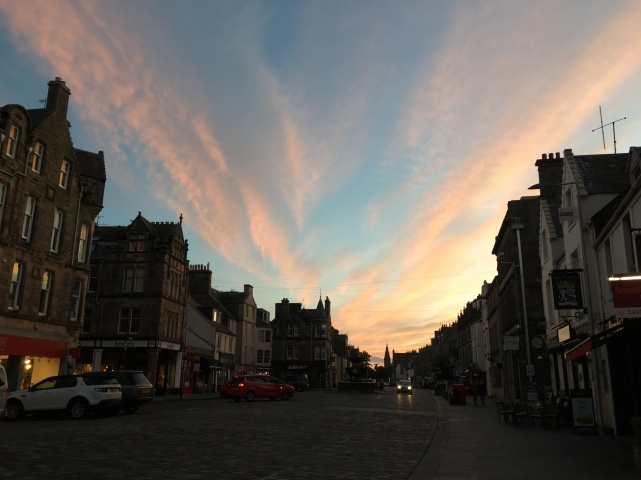 So, I went job hunting – I did a huge amount of online applications, scouring all of the job sites that I could think of. Nothing came up. Cue panic. Then, I resorted to doing something I really didn’t want to do – I printed off a big stack of CVs and pounded the pavements, stopping in at practically every shop, bar, restaurant and café I could find.

I had a couple of successes with this method, and ended up getting a job in a shop, where I worked during the summer of my Master’s degree. I won’t turn this post into a rant about my time there – let’s just say it was pretty awful. So, it was great news when a job I had applied for a while ago, but whose application process had been delayed, finally offered me an interview. By this point I had been working my original, terrible job for a few months, and this interview felt like make or break. It was a job I actually wanted (how often can you say that?!), working at the university’s Special Collections department, cataloguing books. Spending my time working – with books! A dream come true! When I got this job I was over the moon.

While the job was great – in fact I’ve often said that it’s the best job a PhD student could wish for – there were downsides. I had to work 14 hours a week to make enough money to cover rent and living costs, on top of the existing paid work I was already doing. This left me with a lot less time than I would have liked for doing research. I made it work, mostly through sheer bloody-mindedness and a refusal to give up, but it was a hard slog.

At the end of my time at Special Collections, I was also teaching. Teaching, for me, has been incredible. I’ve talked more about this in a previous post, but I will say here (again) that it was incredibly rewarding, and I got much more out of it than just money. That said, while teaching does have the advantage of being paid very well, there are the notorious downsides of having to work more hours than you’re paid for in preparation time and marking. Teaching for the first time in particular was very demanding, so, with this and two other jobs to do, I spent almost no time actually working on my PhD during this period.

For my second and third years, I was incredibly lucky to receive full funding from the SGSAH, for which I am, and will forever be, extremely grateful. But I will never forget the harsh realities of self-funding the first year of my PhD. Honestly, it was a huge struggle and very stressful, and though I’d like to think I could have stuck it out for 3 years, I’m not 100% sure this is the case – not least because, with all that time spent in work rather than working on my PhD, it probably would have become a vicious cycle of needing extra time for my PhD because of work, but needing to work to fund the extra time.

Nonetheless, I’m proud to be able to say I was almost completely self-sustained for the first year of my PhD. It wasn’t easy, but I did at least get a lot out of working – valuable archival experience (something I had been considering for a career), as well as the priceless enjoyment of teaching. It also gave me the opportunity to see both sides of the spectrum, funded and (almost) self-funded, to really appreciate the value of scholarships and bursaries, and to see first hand how difficult life is when you’re self-funded. To those who are self-funded, I applaud you.