A lot of people assume when you’re doing a PhD you came up through academia always planning to pursue this path. I have rarely found this to be the case. I’ve spoken with incredible women who have gone to University, left, had lives and families outside of academia, only to choose to pick it back up again and pursue a PhD. I’ve met people who were never very academically gifted, so the idea of doing a PhD seemed far-fetched until, through random circumstance, they found themselves undertaking a PhD. I definitely fit into the later grouping, as I wasn’t always an A-student, nor did I always intend to keep advancing through degrees.

My dream for a very long time was to work at Walt Disney World. I was born in Orlando, Florida to two Disney cast members. My parents, having worked in the Disney company for years through various roles such as an animation tour guide, monorail driver, and character performer, moved our little family up to rural Michigan when I was very young- but Disney never felt very removed from my life. We made the trip down to Florida at least once a year; our annual pilgrimage being an essential fixture in our lives. Sure, like any child when asked what I wanted to be when I grew up, I’d rattle off a number of ‘real’ jobs, but I always knew Disney worked in somewhere in my future.

When I went to Uni for my undergraduate degree, I started out with a major in Communication and French. I spent my first year powering through my general education requirements (liberal arts education students will know the struggle) which was mainly painful, particularly where maths was concerned, but also where I was first introduced to Anthropology. From my very first class I was hooked, and seriously considered changing my major, or at least my minor. However, I am a very stubborn person, and I was already set on a path with communications…nothing was going to change that. What would I do with an Anthropology degree anyway?

Fast forward to my second year when I apply for, and am accepted, to do the Disney College Program. My mother was one of the pioneers of the DCP, so it had been a lifelong dream of mine to partake in the program at some point during my college career. In order to keep my funding, I had to take online courses during my time working for the Mouse, meaning I was balancing often 60-hour workweeks with a full course-load to come home to. This was one of the most challenging periods in my life. Nothing was what I expected, and the ‘magic’ that I was raised to believe in through this experience faded day by day. 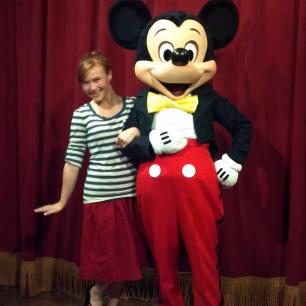 I worked in entertainment, like my mother before me, and saw the best and worst of people over my 9-months at Disney. From heartwarming experiences with families who are sobbing over seeing their non-verbal child light up when hugging Mickey Mouse, to being battered about physically by aggressive guests resulting in injuries- everyday was a new experience. One of the courses I was taking during my time at Disney was an Anthropology internship credit, where I was to create a presentation and research paper on my experience with the company from an Anthropological perspective. Rather than being disappointed by the reality of working for the company I had admired for so long, I changed my point of view. I was in a unique position working for Disney to witness family dynamics of people from all over the world in one setting- how cool was that? The observations I made from my countless hours of people watching had some weight when put in an Anthropological context..and so my interest in pursuing the subject grew.

When I left Disney to finish my degree, I did indeed change my major and graduated with a major in Anthropology and minor in Communications. But I wasn’t done. My curiosity got the better of me and I continued down the academic road until I achieved a Masters overseas at the University of Glasgow in Celtic Studies, all the while keeping Anthropological theory in the back of my mind. Between my Masters and PhD, I had 9 months of being US-bound, and had to figure out how I was going to utilise that time.

I applied for another position with Disney, this time as a professional intern in their Youth Education Department- which I didn’t even know existed! I did not think I would get the job, as most of my previous teaching experience had been adult education. Somehow they saw potential in me, and hired me on as one of six interns for the year.

There were challenges I expected with the job- early mornings, standing in the heat, dealing with unpredictable children, and re-learning physics and maths enough that I could teach the basics to a group of children in front of their teachers…but there were other challenges that took me by surprise. Speaking publicly was something I always felt I had a pretty firm handle on, but I was in for a surprise when I found myself babbling on tangents or using crutch-words when my nerves got the better of me. Language barriers with international groups was another challenge I did not foresee, and something I had to adjust my teaching style to. Being resourceful, and utilising my fellow Youth Education Facilitators experience and knowledge to aid my own teaching style and growth was something I gradually had to grow comfortable with. I have always been fairly competitive, but I had to look at us as a cohesive unit, as a team, in order to make sure we all succeeded.

When I worked for Disney as an undergraduate, I felt very isolated. In entertainment I rarely interacted with my fellow cast members and was more concerned with my own narrative than that of the department collectively. As a postgraduate, soon-to-be-PhD student, I was more open and keen to get from the experience all that I could to help me grow as an adult and a team player. I had the respect of my peers, and though I had times of uncertainty and doubt, I was never made to feel insufficient or incapable.

People are often confused by my history as a Disney cast member not just once, but twice during my life, because I am so dedicated and deep-seated in the world of academia now. Without Disney I would not have found my way towards Anthropology, I might have settled into a career path that ended with my undergraduate degree. Without Disney having hired me back between my Masters and PhD, I might not have had the confidence as a GTA or been as keen to utilise the experience and knowledge of my fellow GTA’s, as I am today. We all had different paths leading us to be PhD students, so don’t shy away from reflecting on those experiences that led you to where you are today. 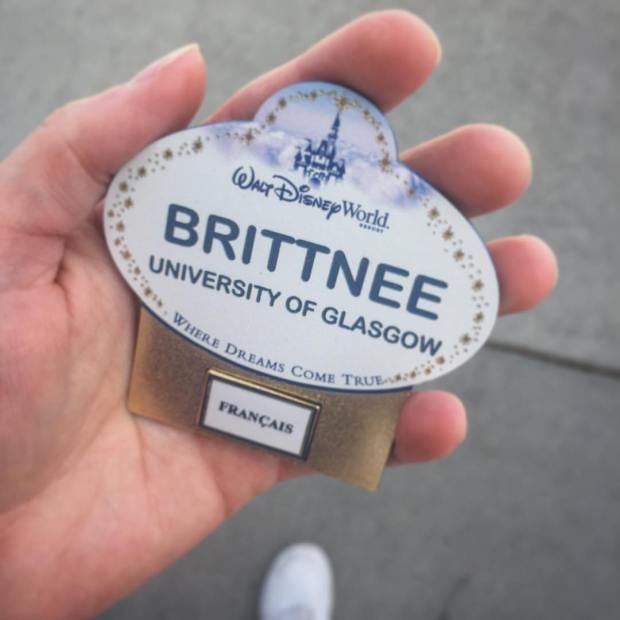 We are always seeking new guest bloggers! If you have an idea for a blog post or would like to informally discuss writing for the SGSAH blog please get in touch with Brittnee via email at b.leysen.1@research.gla.ac.uk or connect with the blog on Twitter