Zimbabwe has been all over the media recently, as a sudden intervention by the army resulted in the resignation of Robert Mugabe after three decades in charge. The southern African state has seen years of economic & political instability and has one of the highest unemployment rates in the world (at an estimated 95%![1]). News coverage has concentrated on the dire economic condition of the country, recent political repression and the poverty of ordinary Zimbabweans.

You might be wondering what Zimbabwe has to do with my PhD, which explores ancestral tourism and Scottish heritage. Well, to explain, perhaps I’d better start in the final months of my Masters degree in History, way back in August 2014. I was exhausted with the effort of working full time whilst completing the dissertation, and desperate for a change of scene and pace. I’ve always been interested in development work, and after finishing the Masters I applied to the International Citizen Service (ICS) programme which is run by the UK Department of International Development. I was offered a place, and told I was going to Zimbabwe for 3 months to work on educational projects. I would be paired with a local young person and together we’d deliver sessions on health to young people in rural Zimbabwe. So, from December 2014 until March 2015 my home was in the grounds of a small school in Matabeland South, Zimbabwe, close to the borders with South Africa and Botswana.

I didn’t know it at the time, but this experience would help me develop participant observation skills which have been absolutely crucial to my PhD fieldwork. I arrived at the school with my national partner Sibonginkose (or Bongie), who I had just met. And that was it for 3 months: together we were expected to reach out to community members of all ages and work with them on awareness-raising educational projects around issues such as HIV/AIDS. Full of enthusiasm and keen to reach the targets we’d been set, I naively believed that my eagerness and willingness to learn would be enough to convince the community to engage with us.

However, at times, it was indescribably difficult. It was a shock to the system to live among strangers for such an extended period of time. There were physical discomforts, but they were never my biggest challenge. At the time, my perspective was deeply academic and goal-driven, and so I struggled to cope with the fact that we kept falling short of our targets because we couldn’t gain access to key gatekeepers in the community. 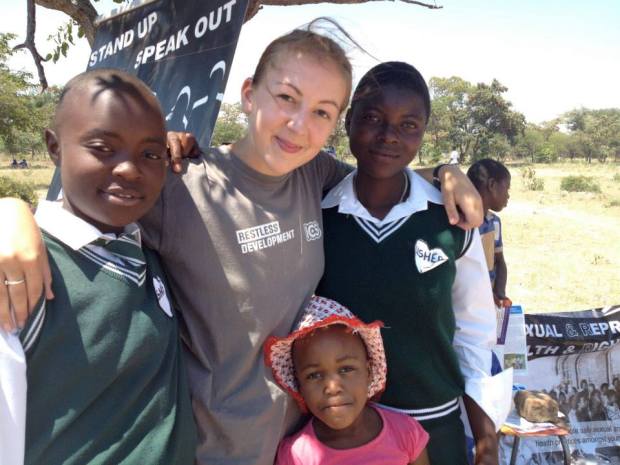 Finding myself so far outside my comfort zone, desperate to engage but getting nowhere was one of the most demanding but enriching learning experiences I’ve ever had. I discovered that no matter where you are in the world, it is not a straightforward thing to gain access to a community. No matter how much background reading you’ve done, no matter how friendly you are, no matter that one or two locals vouch for you, no matter how driven you are to reach targets – it takes time. It takes time and continual small gestures to build trust and mutual understanding. It can feel like you’re getting nowhere, but I learned in Zimbabwe that if you are respectful and take people as they are, you have a chance of being invited behind the ‘front stage’ of a small, close-knit community.

I also learned that the quantitative targets set from behind a desk are rarely enough to capture realities on the ground. Yes, I had 50 pupils sign a register to say they had attended a class on HIV/AIDS, but the real work happened after class: engaging with other girls at the water-pump or speaking to the young people about their concerns for the future. The seemingly ‘incidental’ or unimportant interactions undoubtedly had the most effect. In-depth, qualitative research often reveals more about the meanings and interactions behind the numbers which are captured by quantitative analysis.

With Bongie at training before we moved to the school

I didn’t realise how much I’d learned from my time in Zimbabwe until I began fieldwork for my PhD. Without this previous experience, I’m guessing that in my zeal for the project, I would have pushed ahead with questions too fast, rather than waiting for participants to get to know me and offer their perspectives in their own time. I think I would have been impatient and frustrated by the time it was taking to ‘get to the point’, rather than taking a holistic view of what I was exploring, and recognising the value of all sorts of interactions, no matter how seemingly mundane. A key technique in ethnographic observation is to view everything as ‘strange’, and force yourself to notice the things which others are taking for granted. It really helped me to cast my mind back to arriving in Zimbabwe, before I began to take for granted the way I lived there (cold showers, drop toilets, 6am rises). It reminded me how quickly we come to accept things as normal, and how important it is to record your first impressions.

It also made me realise how much photos and written records can miss when attempting to convey the experience of a place. My time in Zimbabwe is summed up as much by the distinctive sounds, smells and feelings I had there, as it is encapsulated by the photos I took or words I’ve written about it. The methodology of my PhD takes seriously the concept of embodiment – our bodies are not removed from our experiences, and visual or tangible records alone cannot represent the feelings of being in a place.

In Zimbabwe, I didn’t only get a head start on learning about participant observation. I also learned a lot about Scottish heritage – one of the key focuses of my PhD. Walking down ‘Fife Street’ in Bulawayo (Zimbabwe’s second city), enjoying the shortbread biscuits ‘Eet sum mor’ which came in packaging emblazoned with tartan, or meeting a local man who had a picture of himself wearing a kilt on his phone. Of course I knew about the colonial influence of the UK on Zimbabwe, but reading about these things in books and experiencing them as part of everyday life are two very different things.

A saltire flag in the ‘kombi’ (taxi) that picked us up from the airport in Bulaway! 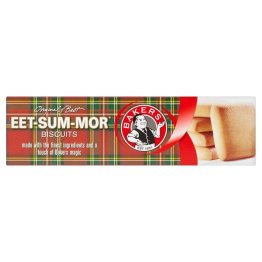 These shortbread-style biscuits are popular in Zimbabwe!

Scottish heritage and tourism meet in Zimbabwe at Victoria Falls, the largest waterfall in the world. The local name for the waterfall is ‘Mosi-oa-Tunya’, or ‘The Smoke That Thunders’. It was given the name ‘Victoria Falls’ by the Scottish explorer David Livingstone, and UNESCO list it as a World Heritage site under both names.[2] The residual influence of the Scottish involvement as part of the British Empire is everywhere in Zimbabwe, and in many ways that’s a difficult heritage to acknowledge. Yet it raises important questions about what is recognised and claimed as Scottish heritage. It also offers a stark reminder that Scottish heritage is not straightforwardly contained within Scotland’s borders. There are elements of Scottish heritage from Cape Breton to Waipu to Bulawayo which are part of the history and national story of Scotland. 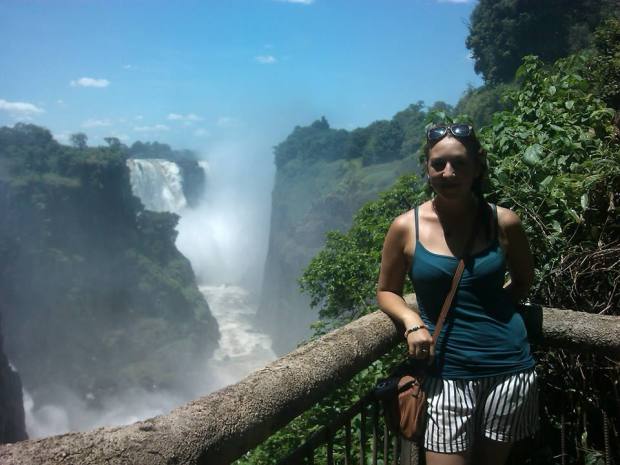 Visiting Victoria Falls at the end of my time in Zimbabwe

I’m not an expert on Zimbabwe. Although I lived and worked there for 3 months I never even visited the capital city. But in the midst of the media storm around Mugabe’s resignation, I hope I’ve conveyed a little of what the country and the people there mean to me personally and in relation to my PhD. Behind the admittedly shocking statistics around the economy and politics, Zimbabwe has some of the friendliest, well-educated and kind people I’ve ever met. I’m grateful to them for teaching me so much and happy that many of them remain my friends.

3 thoughts on “What does my PhD on Scottish heritage and tourism have to do with Zimbabwe?”