Our next guest blog comes from María Fernanda Miño Puga, a PhD student at the University of St Andrews. Her research examines the intersection between film narratives, aesthetics and production practices in contemporary Ecuadorian Cinema, as they relate to film policy and industry measures. She currently serves as PGR Representative for the University of St Andrews Department of Film Studies.

Any research related to the study of film is by nature an interdisciplinary task.  Even the most technical close textual analysis cannot escape the social, political and economic context in which a film comes into being, opening opportunities for a variety of readings.  Film is also a collaborative practice, a business model, a tool for engagement, education, propaganda, and most prominently, a means for artistic expression.  All these aspects of film allow for its dialogue with other fields of study, which we sought to encourage in our “Film and Beyond Interdisciplinary Retreat: Engaging film in research, academia and the professional job market”.

Catered specifically for students in the Arts and Humanities in the University of St Andrews, the retreat gathered participants from several schools and departments: History, English, Philosophy, Modern Languages, International Relations, Theology, and of course Film Studies.  The retreat consisted of a three-day residential workshop held in The Burn, in the Scottish Highlands.  This Gregorian mansion that dates from 1796 offered the perfect facilities to hold an academic event, with audiovisual equipment, dining areas, reading rooms, group-work spaces, a game room, in-house bar, and vast green areas to explore.  A combination of work and leisure activities intended to make the most out of the space available set the tone for the three days of the retreat.

It is important to point out that this event was inspired by the previous PGR Getaway, organized by Dr. Dawn Hollis, the St Andrews Postgraduate Society and St Leonard’s College last summer.  The Getaway provided essential tools for collaboration across departments, and film students that partook in the event found it refreshing as well as productive.  With this prior experience, and with further guidance by Dr. Hollis and Dr. Paul Flaig from the Department of Film Studies, the Film and Beyond Retreat was able to secure funding from the St Andrews PGR Development Fund, the first step towards organizing an event specifically tailored to explore the use of film.

Once funding was secured, and with a tentative programme in place, we were pleasantly surprised to find colleagues and professors with similar interests across the University.  Rowan Gard, for instance, is a PhD student at the Department of Social Anthropology who had ran a workshop on how to read ethnographic films.  Her research in environmental justice efforts in Pacific island countries made her an ideal speaker for our retreat.  Similarly, Dr. George Corbett from the School of Divinity, has an interest in the intersection between theology and the arts, which led him to direct the TheoArtistry project, bringing contemporary theologians and artists together.  Finally. Dr. Tom Rice and Dr. Isabel Seguí from the Department of Film Studies were able to provide further insights into film as it relates to history, cultural movements, and overlooked women’s historiographies in an international setting. 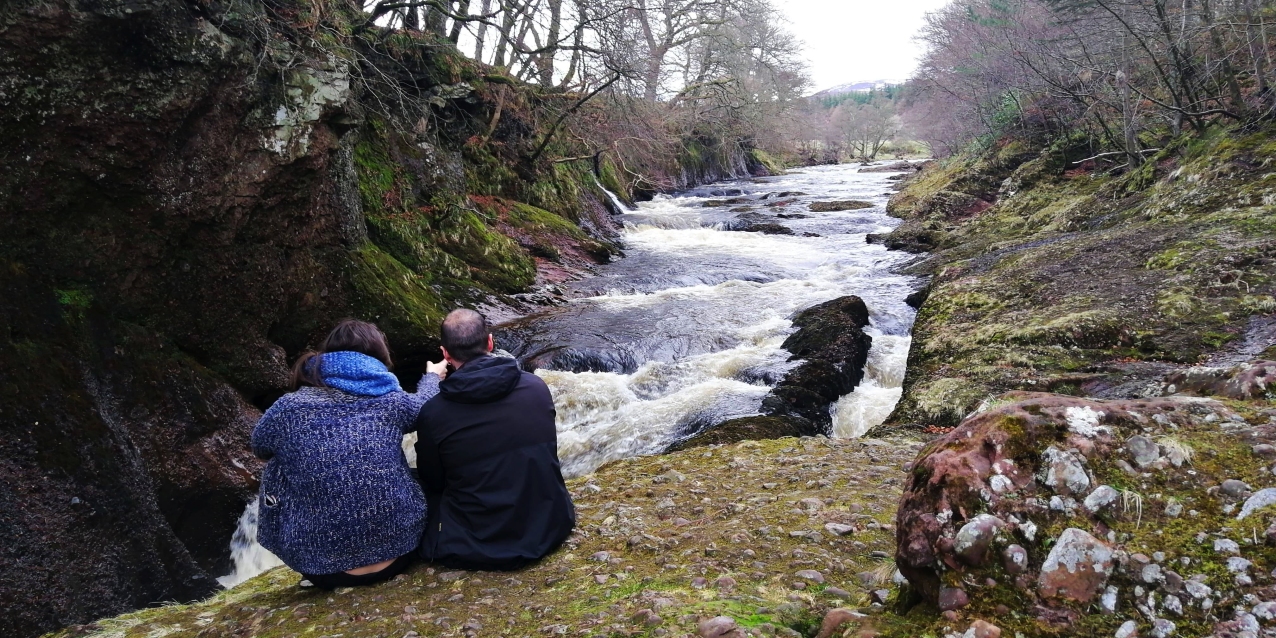 Day one started with a bus ride to The Burn.  The last week of April offered a lovely transition from familiar St Andrews to rural Glenesk, still showing the last trails of snow across the Brechin mountains.  After an informative introduction by manager Ewelina Szczeblewska, the novelty of the venue moved participants to explore the facilities while also settling into our shared rooms.  Of particular interest was an underground “cow tunnel”, designed to move cattle to and from the house.  Introductions and presentations followed, with the initial session designed to debunk beliefs and myths of studying film.  The day ended with a shared dinner and the screening of the documentary Gulîstan, Land of Roses (Zaynê Akyol, 2016), as selected by participants.

Lectures from our speakers were added to the agenda of day two.  These sessions included topics such as close textual analysis, uses of film in artistic collaboration and engagement, and film within archival research.  Speakers were able to draw examples from their own research and academic practice, with an emphasis on hands-on approaches to collaboration, interdisciplinarity and impact.  Discussions were not limited to the designed sessions, but continued throughout the day, particularly during meal times and alongside a short hike to a burn located nearby.  The day concluded with the screening of short video essays that range from those intended for entertainment purposes (YouTube’s The Nerdwriter, Karsten Runquist), to technical deconstructions (Lindsay Ellis, Lessons from the Screenplay), and film theory perspectives ([in]Transition).  In this way, participants were exposed to the possibilities of the medium, a theme to be further developed during our final day of the retreat. 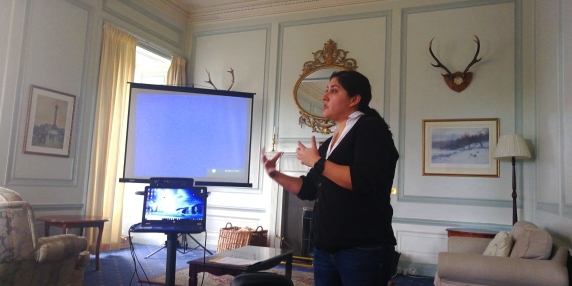 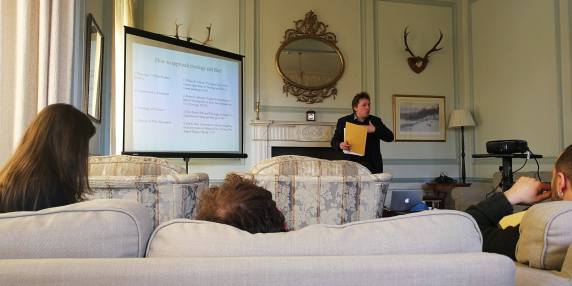 Group work was the main distinction of day three.  The first session, moderated by Dr. Seguí, allowed for participants to think about the practicalities of impact, and to communicate their research interests in a creative way.  The second session was aimed to outline a video essay, considering the technical requirements of the project, as well as the intended audience, scope, and overall content of the video.  It was interesting to see how participants began to think “in images” as they designed their ideas, drawing from visual aids that better illustrate the message to be conveyed. 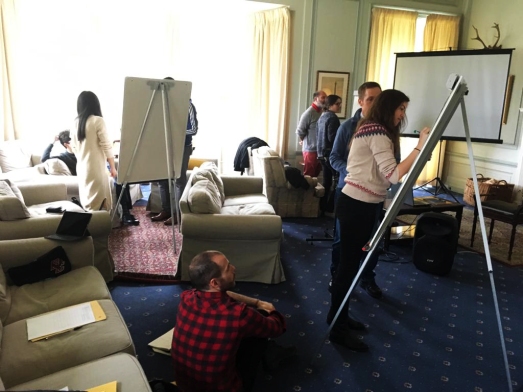 In conclusion, the Film and Beyond Interdisciplinary Retreat was able to bring together participants from different fields of study, in order to share and collaborate with the endless opportunities film offers.  In addition to providing a space for rest and reflection, the retreat allowed for productive dialogue between disciplines, and tangible exercises geared towards impact and public engagement.  We look forward to continuing this conversation among schools and beyond St Andrews, and certainly hope to strengthen the ties already established through this event.